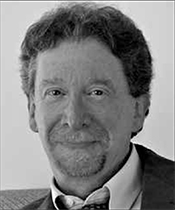 Larry Sarezky is a one-of-a-kind; an accomplished divorce lawyer who uses award-winning creative skills to improve the lot of divorcing spouses and their children.

A practicing attorney for 35 years, Larry has represented clients from the ranks of Fortune 500 CEOs, Major League Baseball Hall of Famers, and Oscar, Grammy, and Emmy Award winners. During that time, Larry developed an approach to divorce designed to maximize results while minimizing financial and emotional costs. Larry has now made that approach available to the public in his new book, Divorce, Simply Stated.

Throughout his career, Larry has focused on the care and protection of children of divorce. Acting on that concern, Larry wrote and directed the Telly Award-winning short film, Talk to Strangers, and wrote its companion guide to help both parents and professionals prevent the harm to children caused by unnecessary child-related litigation. The highly acclaimed film, which is being co-distributed by the American Academy of Matrimonial Lawyers, is currently in use for that purpose throughout the U.S. and abroad.

Larry has sought to improve the divorce experience in many other ways as well. In 2002 while serving as Chair of the Connecticut Bar Association’s Family Law Section, he designed a program to provide divorcing spouses pro bono representation by young lawyers mentored by seasoned matrimonial attorneys. The next year, Connecticut Supreme Court Justice Peter Zarella enlisted Larry’s help to secure confidentiality for divorcing spouses’ financial affidavits, distributing one of Larry’s legal commentaries to each of the state’s family judges. Larry is currently applying his wisdom and wit to the production of Become Your Own Star Witness, an audiobook primer on how to testify in family court cases.

Larry’s articles on divorce have appeared in The Huffington Post, divorcedmoms.com, ezinearticles.com, and numerous other online venues as well as in professional and consumer publications. Larry has spoken on divorce issues to judges, lawyers, mental health professionals and consumers throughout the U.S., and has presented Talk to Strangers at national meetings of the American Academy of Matrimonial Lawyers, the American Psychoanalytic Association, and the Association of Family and Conciliation Courts.